Solar Inverter:
How do they work?

Think of solar inverters as a switch- for your solar panels. Once you have one, you can convert the output energy from the panels into a more convenient, useful form. 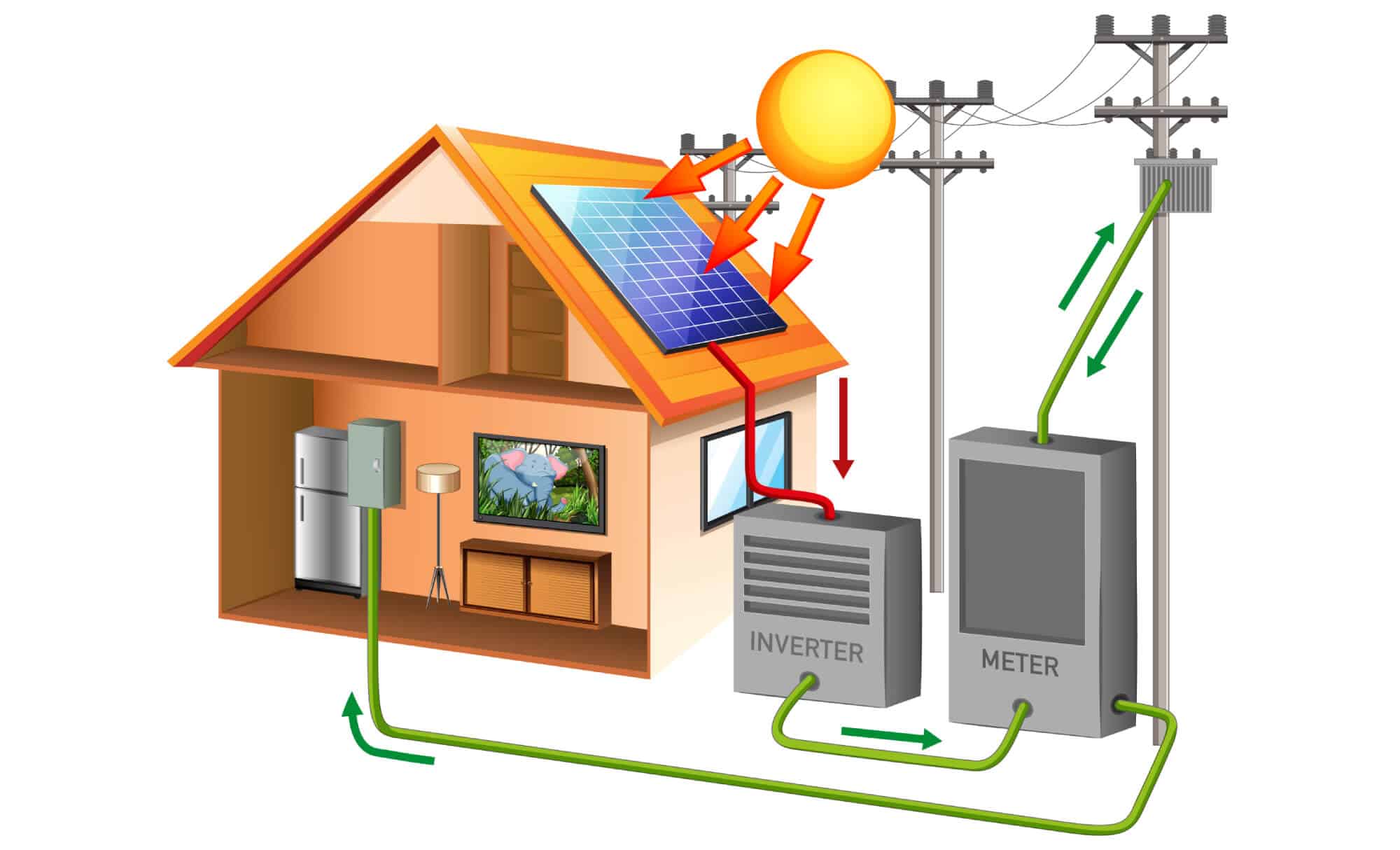 A solar inverter is a device that converts the direct current (DC) generated from the solar panels into alternating current (AC) which is used by all domestic and commercial appliances. It is one of the most critical components as it converts the power from the sun into more useful energy . 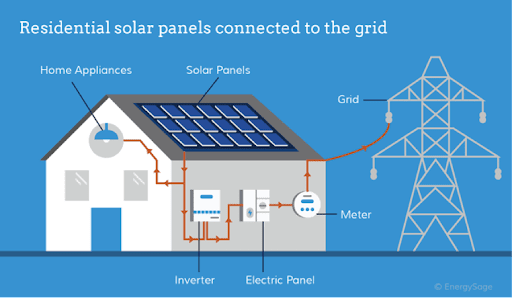 The sun shines down on your solar panels (or photovoltaic (PV) cells), which are made of semiconductor layers of crystalline silicon or gallium arsenide. These layers are a combination of both positive and negative layers, which are connected by a junction. When the sun shines, the semiconductor layers absorb the light and send the energy to the PV cell. This energy runs around and bumps electrons lose, and they move between the positive and negative layers, producing an electric current known as direct current (DC). Once this energy is produced, it is sent to the inverter

In DC, electricity is maintained at constant voltage in one direction. In AC, electricity flows in both directions in the circuit as the voltage changes from positive to negative.

Fundamentally, an inverter accomplishes the DC-to-AC conversion by switching the direction of a DC input back and forth very rapidly. As a result, a DC input becomes an AC output. In addition, filters and other electronic s can be used to produce a voltage that varies as a clean, repeating wave that can be injected into the power grid.
There are 5 different types of inverters.

These are the oldest and most common type  of solar inverter . They are used by connecting a string of solar panels to a single inverter, which converts the total DC output into AC input.

This is the latest in solar technology and directly converts DC to AC on the back of each solar panel. No string inverter is involved as the whole process of conversion is completed on the spot.

If shade covers one panel, only that panel will produce less power output as opposed to the whole system output decreasing, as in a string inverter setup.Microinverters are also easy to expand with your solar system in the future. Any solar panel that is added to the system just needs to have a microinverter installed on the back of the panel. However, Microinverters are the most expensive of the solar inverter options.

These are related to string inverters however they are larger & support additional strings of solar panels. Rather than running strings openly to the inverter, the strings are combined together in a general combiner box so that the DC power runs toward the middle inverter wherever it is transformed to AC power.

This inverter is also known as a multi-mode inverter and allows plugging batteries into the solar power system. It interfaces the battery through a method known as DC coupling. When you pair your solar panel system with a hybrid inverter, a separate battery inverter isn’t necessary: it can function as both an inverter for electricity from your solar panels and a solar battery.