COP stands for Conference of the Parties. The 2021 Glasgow meeting is the 26th meeting, ergo, COP26. It brings together countries that signed the United Nations Framework Convention on Climate Change (UNFCCC) - a treaty agreed on in 1994.

The COP is an annual summit under the United Nations Framework Convention on Climate Change (UNFCCC), a global agreement signed in 1992, between 197 countries (or parties) to prevent “dangerous” human interference with the climate system.

The COP is the supreme decision-making body that comes together to negotiate how to implement the Convention.

Over the years, as global warming commands more urgency, the COP has become a place for countries to dedicate resources to slowing down global warming and climate change. But it has also become a space where tensions between the developing and developed nations play out, particularly when it comes to who is responsible for climate change. 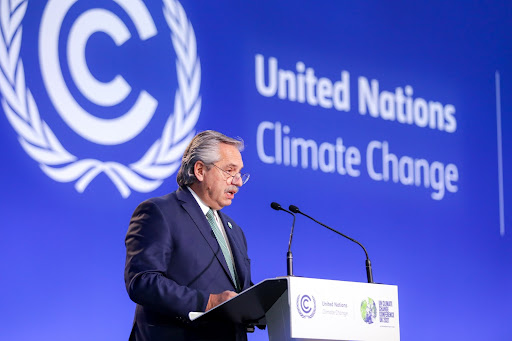 COP26 aims to put the world on a path to aggressively cut greenhouse gas emissions and slow Earth's warming. Negotiations will take place over two weeks, but the two-day leader’s summit began on Sunday, Oct 31st, 2021, with about 120 heads of state and government scheduled to attend.

Why Is COP26 important?

The United Nations (UN) COP26 meeting officially opened on Oct 31st in Glasgow and representatives from nearly 200 nations have gathered at a historic moment to negotiate agreements to reduce greenhouse gas emissions and actions to reduce the impacts of climate change. 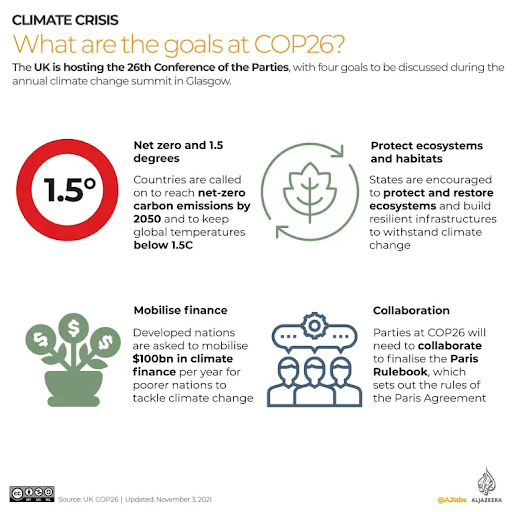 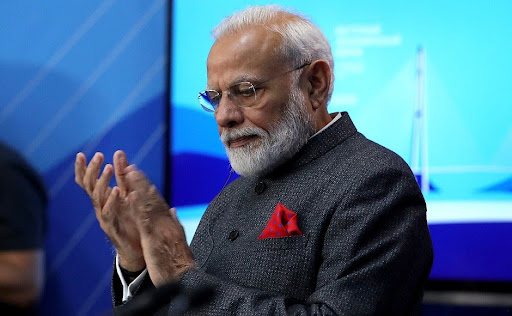 In November 2015, PM Modi and former French president Francois Hollande launched the International Solar Alliance (ISA), aimed at promoting solar energy across the world and deploying solar energy at affordable costs, at COP21 in Paris. ISA hopes to get political backing for its proposed One Sun One World One Grid, a trans-national solar power grid that could drive down the need for solar storage and reduce the costs of the energy transition, at COP26.

The US too has taken an interest in funding India’s renewable energy transition so it can meet its Paris Agreement goals. Special Presidential Envoy for Climate John Kerry marked his second visit to India this year by launching the US-India Climate Action and Finance Mobilization Dialogue, which is aimed at creating stronger bilateral cooperation to meet the goals of the Paris Agreement.

The COP26 was to be held last year but it could not take place due to the Covid pandemic.

“At COP-26, the Parties will work to achieve the completion of Paris Agreement implementation guidelines; the mobilization of climate finance; actions to strengthen climate adaptation, technology development, and transfer; and keeping in reach the Paris Agreement goals of limiting the rise in global temperatures,” the Ministry of External Affairs said in a statement announcing the PM’s visit.