Bionic Leaf:
from sunlight to fuel

A cross-disciplinary team at Harvard University has developed a device that uses solar energy to split water molecules and hydrogen-eating bacteria to produce liquid fuels, converting solar energy to biomass at a rate of 10%, considerably higher than the 1% efficiency found in the fastest-growing plants. 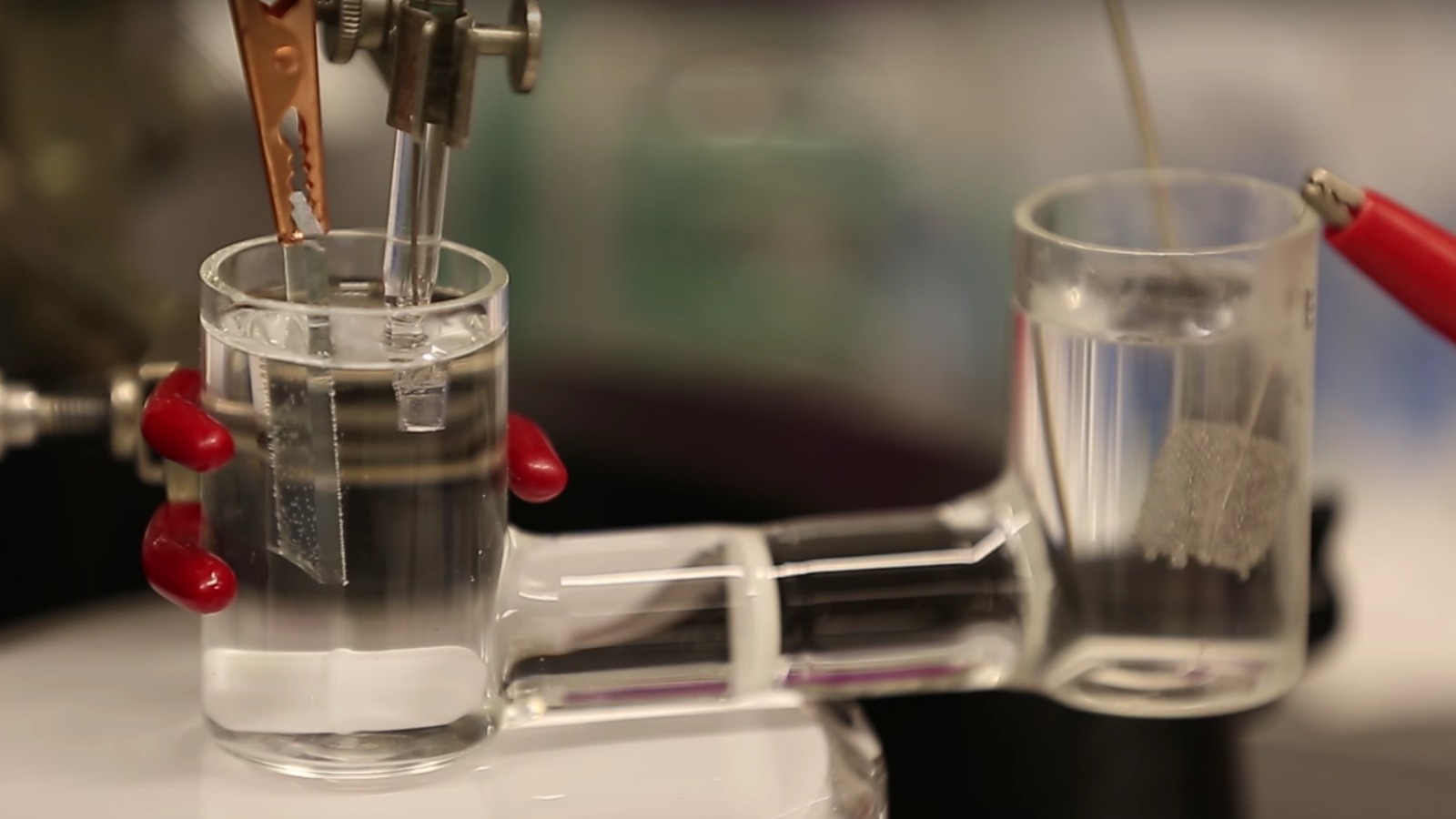 Harvard University chemist Daniel Nocera and his team collaborated with Harvard Medical School synthetic biologist Pamela Silver and her team to design a living battery they term a bionic leaf because of its fusion of biology and technology.The device runs on solar energy from a photovoltaic panel, splitting water into oxygen and hydrogen before adding pre-starved microorganisms to feed on the hydrogen and convert CO2 in the air into alcohol fuels.

"This science you can do in your backyard. You don't need a multi-billion dollar massive infrastructure," Nocera says.
"By integrating the technology of biology and organic chemistry there is a very powerful path forward where you take the best of both worlds," he adds. "I took air plus sunlight plus water and I made stuff out of it, and I did it 10 times better than nature. That makes me feel good."

How was the project discovered?

The team's focus was to discover solutions and make new processes and new materials that change the energy landscape from the conventional form to a renewable and eco-friendly form. Their research is taking wind and solar energy and then storing it. One of the projects fell exactly in the middle of both. They had sunlight, water, Co2 and fuel (by product). In order to figure out the process, they took inspiration from nature. A leaf uses water and carbon dioxide in the presence of sunlight to perform photosynthesis and make its food. Which is why they invented an artificial leaf that when dropped in water releases hydrogen from one side and oxygen from the other when the sunlight hits it. The hydrogen itself can be used as it comes out of the leaf as a fuel or it can be fed to an engineering organism which can make liquid fuel. This is how the Bionic leaf project was discovered.

Over coming an obstacle

The team's first artificial photosynthesis device, which  produced  216 milligrammes of alcohol fuel per litre of water,  was released in 2015, however the nickel-molybdenum-zinc  catalyst that enabled the water-splitting chemistry poisoned  the microorganisms. As a result, the researchers set out to  find a better catalyst, one that would work well with liv e  creatures while also splitting water properly. They discovered  it in a cobalt-phosphorus alloy. It's amalgam, which is already  used as an anti corrosion coating on plastic and metal items like  faucets and circuit boards.

The  catalyst could easily assemble  itself out of a solution of water with just a little charge, and it's ​actually excellent for living organisms like the Ralstonia   eutropha bacteria that make up the bionic leaf's rear half. The new cobalt catalyst also splits water into hydrogen and oxygen without producing reactive oxygen molecules that can harm DNA or other life-sustaining processes .

The setup and working

When you pass a high-voltage electric current from a photovoltaic device through this solution, it divides water. That voltage is also higher than what is required to cause the cobalt to precipitate out of solution and form the cobalt phosphide catalyst, implying that when the bionic leaf is operating, there are always enough electrons to cause the catalyst to form—and thus no excess metal to poison the microbes or halt the water-splitting process. The new artificial leaf was able to run upto 16 days at a stretch.

A photovoltaic cell is sandwiched between two thin metal oxide catalysts. The artificial leaf replicates photosynthesis when submerged in a glass of water at ambient temperature and normal air pressure. The silicon solar wafer's current is supplied to the catalysts, which divide water molecules: oxygen bubbles off the catalyst on one side of the wafer, while hydrogen rises from the catalyst on the other.